The Liverpudlian Candidate - A is for Apollo

Ah yes...nice indeed to chat with you again. "Pepper" was never really meant to be a "Beatle" album, per say. Nor was any intended follow-up fitting that particular schematic. "What we have here is failure to communicate." The key to any illusion is misdirection. A few puffs of smoke, and the clever use of a mirror, can conjure the unthinkable. What was meant as a diversion became a separate entity. And, as I have mentioned, great pains were taken to put the train back on the tracks, so to speak. "Pepper" was meant to invoke thought. It was to answer questions not yet asked. It was both a "hello" and "goodbye." It didn't work. "Tour" tried in vain to redirect your attention to the thing that escaped everybody's perception. It didn't work. "Submarine," with its allusions to Sgt. Pepper, sunk as if it had screen doors. Look to these examples to find the missing links. This was our intention.


I mentioned to Jarv (NIR forum poster), in a PM I sent, that the whole of the story involves the "CONCEPT" of a parody of a satire of a band that never existed. Too much time spent on the concept, not enough time spent otherwise. Though, it was pulled off, to some extent. The concept became more "visual" than musical. Blake has come forward to say that there were plenty of "myths" embedded into the album, but some lead to dead-ends. But, there is still gold in them thar hills.


"It didn't occur to me that the waxworks of the suited Beatles looked like 'the Beatles are dead; long live the Beatles' and that they were looking at their funeral flowers, but it's an interesting idea. We set up a couple of myths to find in the puzzle, but most of them are dead ends. What's intriguing is how the mythology never stops." – Peter Blake Mojo March 2007

Furthermore, one wonders then could The Rutles be described as a parody of a satire of a band that DID exist?

Which segues rather neatly into the subject of just who these replacements may be?


In a 1978 "made for television" special, Ringo, being tired of fame and fortune, trades places with an unknown look-alike named "Ognir Rrats."


Guess who is billed as one of the actors?


Also, in the film adaptation of "Sgt. Pepper", guess who also has a part in this musical misadventure?

Yet another wonderfully intriguing statement from Apollo; firstly because of the reference to Ringo essentially playing Paul’s Pepper part in that 1978 TV special, but secondly because of the questions asked. The answer to both questions is Keith Allison. Check his IMDB reference for confirmation. 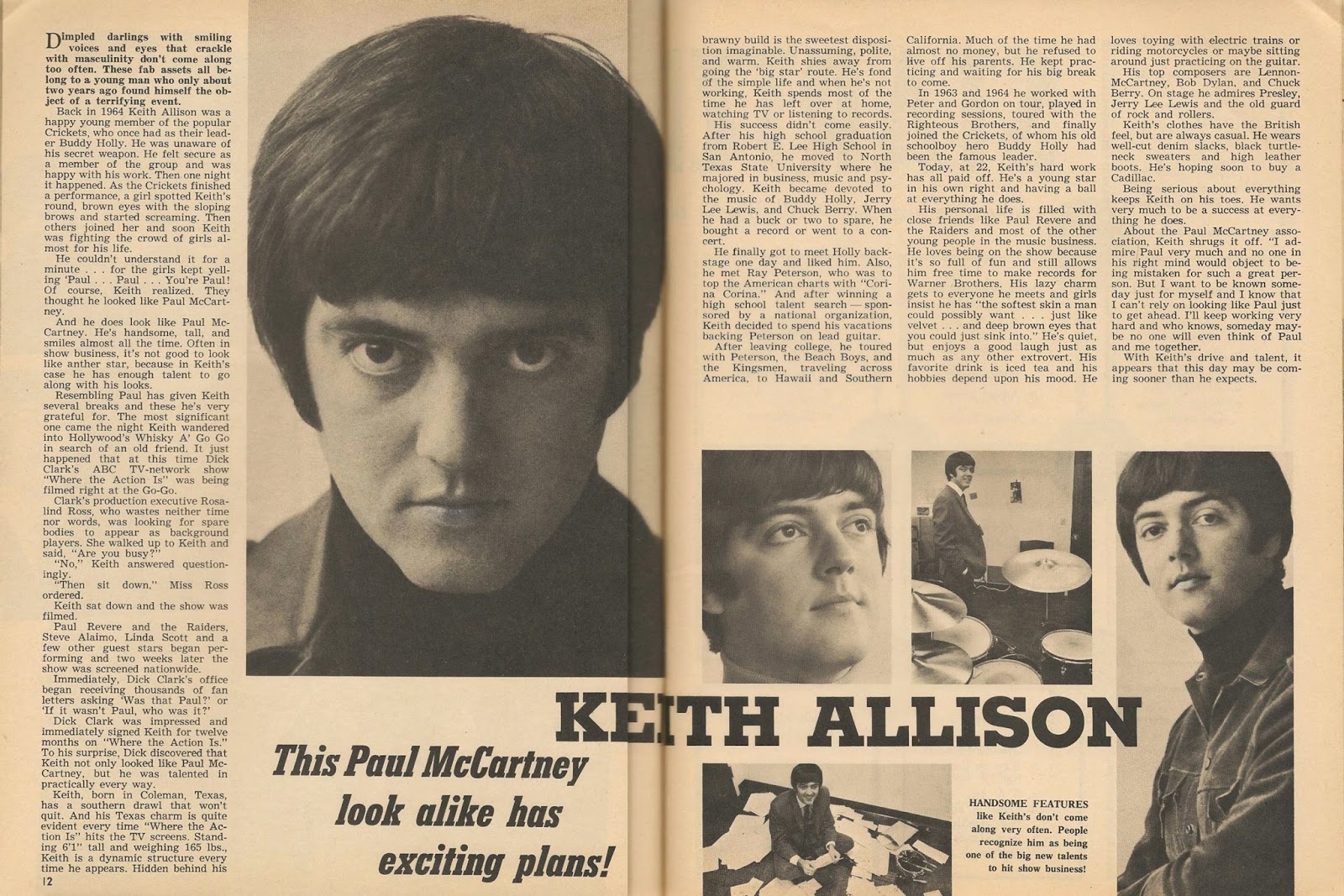 Which really is quite remarkable. A man who, according to IMDB, won a Paul McCartney look-a-like contest in 1965, who was a member of Paul Revere and the Raiders, who appeared with Ringo in the film ‘Sextette’ (also starring Pepper cover stars Tony Curtis and Mae West) and a musician who would play guitar on at least four of Ringo’s albums. 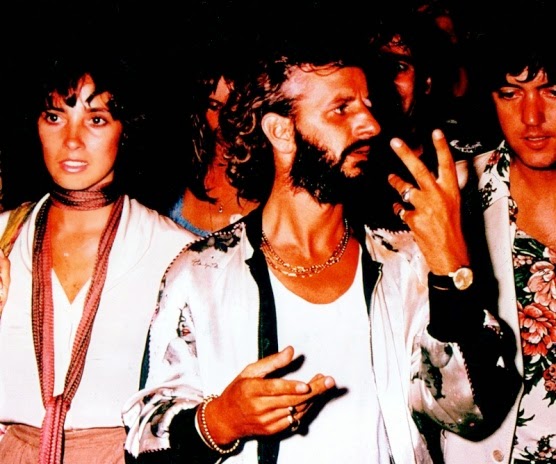 Why would Apollo choose to post those questions unless he intended for us to believe that Keith Allison was one of the McCartney replacements?

It would make a lot of sense, but then would Allison really pass as a McCartney look-alike? Whilst he may possess a passing likeness he was never likely to fool many Beatles fans and therein lies the problem. How could you find anybody who bore a strong enough resemblance to McCartney to pass muster in front of the millions of Beatle fans worldwide. Whilst you may fool some there have always been enough hard-core fans who would have seen straight through the deception.

And Apollo claims there was more than one front-of-house replacement.

"If one was to grasp the totality of this subject matter, a simple answer emerges. The beauty of the Beatles, pre and post '66, is that EVERYTHING is as it should be. No mere happenstance. But, amongst the creation is chaos. THAT chaos is what has brought you all here in the first place. In the early days, the die was cast. As time crept along, and popularity increased, there were not many musicians that would not fancy a play with the band. There are many talented bassist. On Pepper, it is mainly Paul. When not available, and there was a time he was not, K----(my omission) could fill the shoes (if you know what I mean). John was quite able to fill in, as was George. We were never in want of a good bass player. Just where one stops and another begins is left to the beholder."

So, if Apollo is claiming that Allison was a visual stand-in just who were the sound-alikes?

According to the above we can add John, George and Klaus Voormann to the list of bass playing replacements. Indeed, in the search for a studio based replacement Klaus is probably the best fit. Voormann would go on to play with the Plastic Ono Band as well as with Lennon, Harrison, Starr and Billy Preston on ‘I’m the greatest’, a John Lennon composition that would appear on the ‘Ringo’ album in 1973.

Furthermore, on Klaus Voormann’s Wikipedia entry it claims that: ‘After the Beatles disbanded, there were rumours of them reforming as the Ladders, with Voormann on bass as a replacement for Paul McCartney. An announcement to this effect filtered out of the Apple offices in 1971, but was ultimately withdrawn before it got very far.

‘I’m the greatest’ is also noticeable for the following lyrics;

“Yes, my name is Billy Shears,
You know it has been for so many years.
Now I'm only thirty-two;
And all I wanna do, is boogaloo for ever"

Elsewhere, the Rolling Stones already had a bass player called Bill, but I doubt he was ever loaned to the opposition. Likewise, Billy Preston certainly had the musical chops to have covered for McCartney’s piano playing, Tony Bramwell – Beatles publicist – claims to have impersonated McCartney well enough to fool radio journalists into believing they were interviewing the Beatle himself and Neil Aspinall certainly had the Beatle ties and knowledge of their history to have played a ‘behind the scenes’ part. Are these the fingers to ‘Bill’s’ hand?

All of which, I think, goes some of the way to explaining this statement: The key to any illusion is misdirection. A few puffs of smoke, and the clever use of a mirror, can conjure the unthinkable. What was meant as a diversion became a separate entity. And, as I have mentioned, great pains were taken to put the train back on the tracks, so to speak. "Pepper" was meant to invoke thought. It was to answer questions not yet asked. It was both a "hello" and "goodbye." It didn't work.


We will dissect this statement further as we progress deeper down the rabbit hole; however, the reference to the ‘clever use of a mirror’ seems to refer directly to the fabled mirrored message on the Pepper drum head. 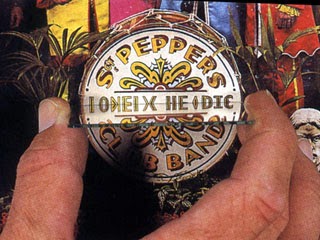 Therefore, I am going to suggest that the drum head message is Beatle disinformation. As we progress my reasoning will become clearer; however, suffice it to say that the Beatles deliberately intended for you to believe that Paul had died. I appreciate that the hard-core PIDers out there will believe what I am saying to be sacrilegious; nevertheless, I am not trying to convert anybody, just interpreting the available evidence as I see it. I believe the following fragment from Apollo will bear my belief out.

….Pepper was designed to tell a story. Every person and item on that cover is a clue unto itself. Think of it as chapters in a book, with Pepper being the whole of the book. Brilliant in its concept, it was lost on the public until late in '69 at the height of the PID rumours. But it was not from lack of trying…

Sgt. Pepper was designed and conceived to convey a message, a message we all missed, until 1969, and then we got hold of the wrong end of the stick!

Let us consider the entire Apollo post the above fragment was taken from.


The key to this paradigm starts and ends with Sgt. Pepper.


This is why most clues resort back to Pepper in later releases.


The walrus and mentions of Edgar Allen Poe on MMT begs a relook at Sgt. Pepper. Magical MYSTERY Tour, was the first attempt to get the public to re-examine the Pepper album.


The "White Album" refers to clues left on Pepper and MMT. (Glass Onion)


Why the constant Pepper references?


Pepper was designed to tell a story. Every person and item on that cover is a clue unto itself. Think of it as chapters in a book, with Pepper being the whole of the book. Brilliant in its concept, it was lost on the public until late in '69 at the height of the PID rumours. But it was not from lack of trying.


Your interest in this outshines a majority of the folks here who would rather find clues with smoke and mirrors than by going to the source.

Which seems pretty categorical to me, Apollo is saying Paul did not die but, something deliberate is going on.

Pepper does tell a story and it is one inspired by the works of literature that illuminated the Beatles at this time. From these books certain storylines and plot-devices were selected and then brilliantly interwoven to produce the finished Pepper concept.


That this is true will hopefully become evident to you as you read this series, however, for those inextricably wed to the ‘Paul is Dead’ or ‘Paul was replaced’ concepts I would suggest pursuing the following lines of research:

Wired magazine claimed that voiceprints proved there were different McCartney’s, and a literal reading of Apollo’s posts would seem to confirm this, so this appears to be the most likely tool for further investigation. Furthermore, whilst I am far from convinced of the scientific validity of the plethora of photo comparisons that are doing the rounds online there may be some facial comparison or recognition tool that may be able to assist in producing a more robust case.


Until these lines are scientifically examined my take will remain that what we are dealing with fundamentally involves a metaphorical, fictional or symbolic replacement scenario in the same way that the funeral imagery on the Pepper cover both symbolically represents the death of the ‘mop-tops’ and the real death of Tara Browne.

The Apollo posts, certainly pertaining to the replacement scenario, are non-date specific. Indeed, the one exception to this – which is in relation to a direct question – mentions 1970.

Apollo, how many entities have played the role of "Paul McCartney" since 1970?

Which is odd, why ask about replacement McCartney’s after the break-up of the Beatles? The natural tendency is to look at events from the end of 1966 as this is when the Beatles were in temporary hibernation, McCartney disappears from view and the ‘Paul is Dead’ hypothesis insists that the death event took place. But equally it could be that the late ’66 period is where the concept of ‘losing our identities’ and of ‘adopting the persona of a fake group’ emerges, and the darker notion of ‘Paul is Dead’ is born.

A is for Apollo
Part1
Part3
Part4
Part5
Part6