I read with interest a blog concerning an auction of a script for an aborted Beatle film with the working title ‘Shades of Personality’.

The film, had it have happened, would have been the Beatles third movie following ‘A Hard Day’s Night’ and ‘Help!’.

What struck me most was that the plot sees John, Paul, George and Ringo all playing the same character, named Stanley Grimshaw. Now, whilst this is does not employ a ‘replacement’ or ‘dead pop-star’ scenario it does appear to be remarkably similar to the premise of ‘Quadrophenia’ and does seem to further present a fantasy ‘Alice in Wonderland’ scenario. Furthermore, given the relative simplicity of plotlines in the first two Beatle movies, it does demonstrate a seeming desire to add a degree of complexity to a Beatle plot and, therefore, one wonders why they ever decided to go with the woefully under-prepared ‘Magical Mystery Tour’? 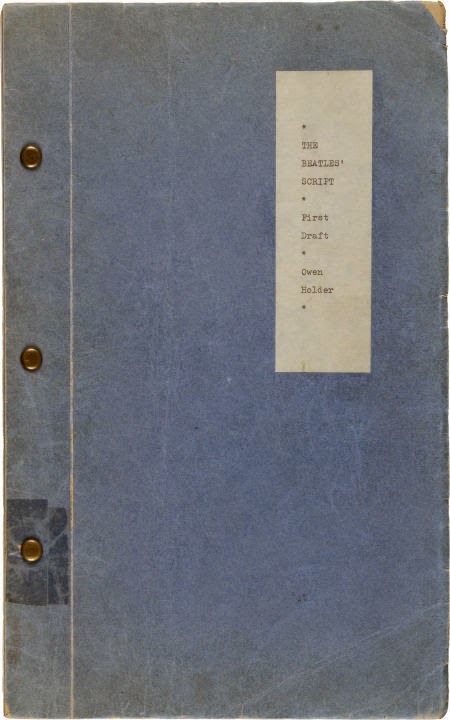 Having read the initial blog I then discovered this site, which claims that this project was then handed over to the playwright Joe Orton for further development. The site also revealed that the Beatles had previously been toying with a Western style movie idea that would seem far more in keeping with the band’s cinematic output to date. What really struck me though was that this proposed Western ‘A Talent for Loving’ had been written by the ‘the Manchurian Candidate’ author Richard Condon.

When added to the also aborted attempt to persuade Stanley Kubrick to produce a Beatle version of ‘Lord of the Rings’ and McCartney’s 1970’s approach to Issac Asimov to write a movie about replacement pop stars for which Wings would star, one can see a clear attempt by the Beatles to make ‘serious’ cinema with major plots.

Given also the timeframe for ‘Shades of Personality’, coming as it did in that late ‘66 – early ‘67 era, when all things Pepper were brewing, one wonders if this was an extension of the Looking Glass themed Godgame concept. Ultimately though neither Joe Orton nor Brian Epstein were destined to maintain their grasp on mortality beyond August 1967 and with them died ‘Shades of Personality’.

Since publishing the Godgame blog one reader contacted me asking how Iamaphoney may fit into the particular schematic and if his so-called revelation, songs, videos and suitcase treasure-hunts may be a part of this Godgame theme. This is a very good question of course and one I cannot honestly answer.

I guess it all goes back to the fundamental aspect of whether or not Iamaphoney is an insider. Regular readers will be aware that I have postulated that this may well be the case and that Iamaphoney may have been funded via Neil Aspinall’s phoney film front Standby Films.


Hopefully, one day that question will be answered.