I have been able to obtain the original press photo of Tara Browne's crashed car. It doesn't reveal anything new, however, it does contain some text on the reverse - which I will reproduce below, with typo's - and shows that the car, which I assume was moved post crash, is sitting behind what appears to be a VW Beetle. 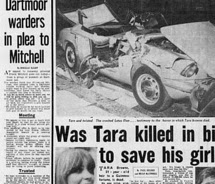 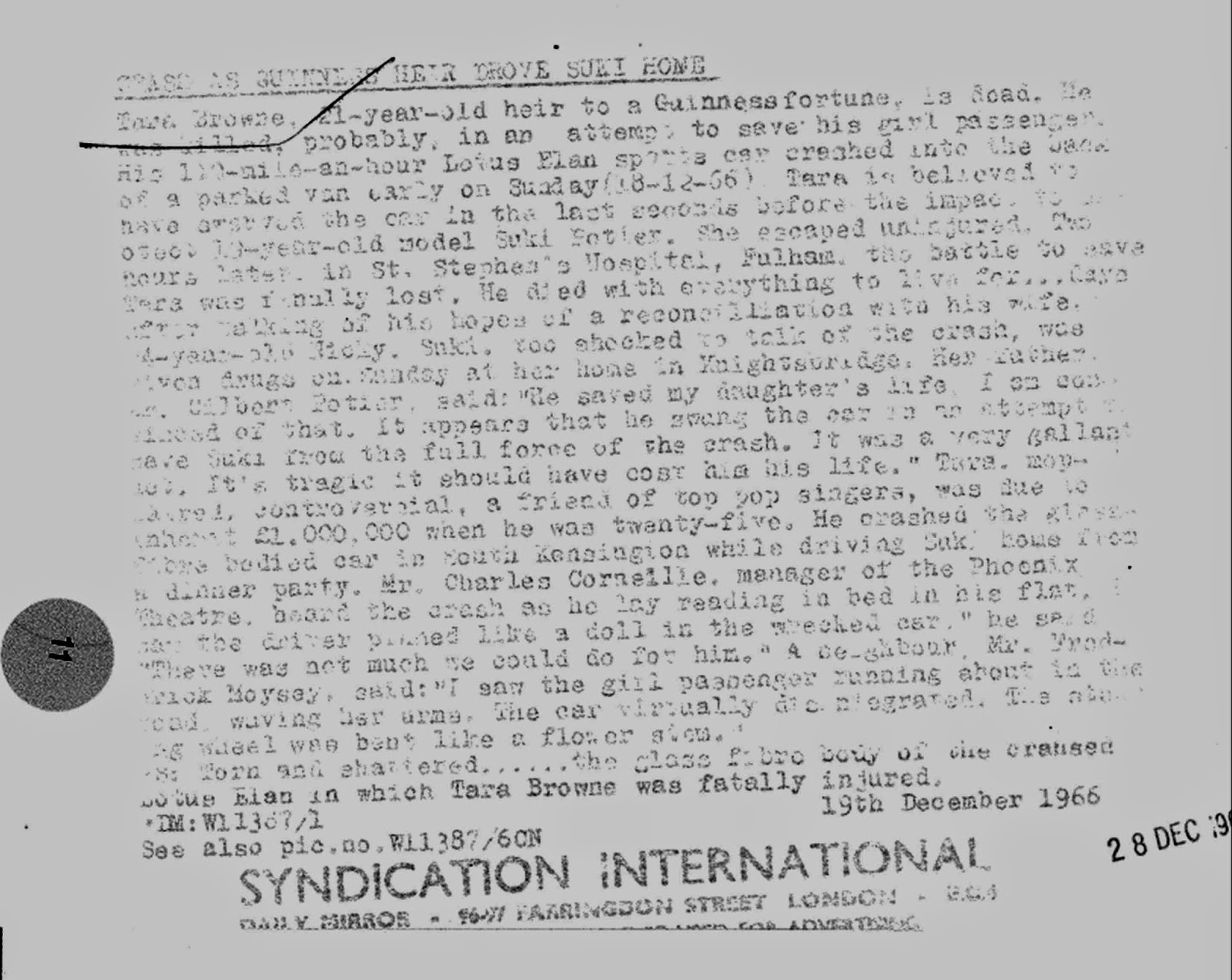 
Tara Browne, 21-year-old heir to a Guinness fortune, is dead. He was killed, probably, in an attempt to save his girl passenger. His 110-mile-an-hour Lotus Elan sports car crashed into the back of a parked van early on Sunday (18-12-66). Tara is believed to have swerved the car in the last seconds before the impact to protect 19-year-old model Suki Potier. She escaped uninjured. Two hours later, in St. Stephen’s Hospital, Fulham, the battle to save Tara was finally lost. He died with everything to live for…days after talking of his hopes of a reconciliation with his wife Nicky. Suki, too shocked to talk of the crash, was given drugs on Sunday at her home in Knightsbridge. Her father, Mr. Gilbert Potier, said: “He saved my daughter’s life, I am convinced of that. It appears he swung the car in an attempt to save Suki from the full force of the crash. It was a very gallant act. It’s tragic it should have cost him his life.” Tara, mop-haired, controversial, a friend of top pop singers, was due to inherit £1,000,000 when he was twenty-five. He crashed the glass-fibre bodied car in South Kensington while driving Suki home from a dinner party. Mr Charles Corneille, manager of the Phoenix Theatre, heard the crash as he lay reading in bed in his flat. I saw the driver pinned like a doll in the wrecked car,” he said. “There was not much we could do for him.” A neighbour, Mr. Frederick Moysey, said: “I saw the girl passenger running about in the road, waving her arms. The car virtually disintegrated. The steering wheel was bent like a flower stem.”


PS: Torn and shattered……the glass fibre body of the crahsed Lotus Elan in which Tara Browne was fatally injured.