In my book ‘The Sgt. Pepper Code’ (I have produced a revised version for the Sgt Pepper 50th anniversary that will be available shortly) I talk about the vast number of freemasons that appear on the cover of Sgt. Pepper’s Lonely Hearts Club Band;


Well, I am glad I bracketed the word known for another Pepper mason has popped up out of the ether, and this was one is a beauty!

Issy Bonn, the guy whose hand we see popping up behind McCartney’s head, was a member of the Chelsea Lodge #3098. 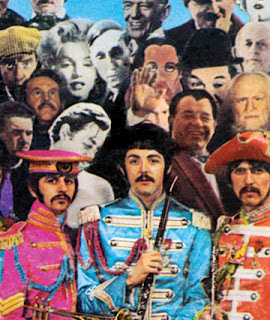 In The Sgt. Pepper Code I proffered that far from this being a symbol of death it was, in fact, an example of the hand of the mysteries or the Master Mason’s hand. Here is the quote;

Issy Bonn was a noted British radio and music hall star of the 1940s and 1950s and was perhaps best known for singing “My Yiddish Mama”. As such the band may well have known him; however, I believe he was included because of the position of his waving hand directly above Paul McCartney’s head.

This following tale has been widely touted by the ‘Paul is Dead’ believers as being another clue. They claim that the hand is an illustration of some sort of death symbol. Indeed, there are other examples post Sgt. Pepper and into ‘Magical Mystery Tour’ of photographs or cartoons where a hand is placed above McCartney’s head. It would appear that this is designed to display some significance however; I would dispute the claim that it is a symbol of death.
I believe it to be the hand of the mysteries; the Master Masons hand. The hand of the philosopher that is extended to those who enter into the mysteries. The hand represents an invitation to join an elite group, those who were said to guard the secret wisdom of all the ages.

Besides its alchemical and Qabbalistic meanings, the figure symbolizes the hand of a Master Mason with which he "raises" the martyred Builder of the Divine House. So in the case of Sgt. Pepper, Issy Bonn – a Hebrew comedian – is representing the Master Mason and Paul McCartney is Hiram Abiff, the mythical builder of Solomon’s Temple, being raised from the dead.


It appears I may have to review that piece of speculation as a new possibility now occurs.

Given the plethora of Alice in Wonderland and Through the Looking Glass clues that permeate from the Pepper cover, perhaps Bonn’s upraised palm is indicative of the Dead Man’s Hand, the supposed hand of cards that Wild Bill Hickok was in possession of at the time of his death? The, rumoured, unturned card was the Queen of Hearts which would serve as yet another link back to Alice in Wonderland.

So, what is Chelsea Lodge #3098? It appears to be a lodge designed specifically for actors, musicians and entertainers. And, one wonders, impersonators? Which is interesting, do you not think?

Now I am not saying that McCartney, or any of The Beatles, was a lodge member but it does add yet more weight to the deluge of evidence of Masonic influence on Pepper (Please read the book for said examples).

Particularly in light of the inclusion of the mysterious Royal Antediluvian Order of Buffaloes (RAOB) character. An organisation, lest we forget, that included John’s uncle Charlie as a member and that was also aimed at those employed in theatrical endeavours. 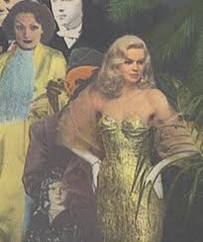 RAOB - The power behind the Temple Doors

One ex-member of the Chelsea lodge did have some contact with The Beatles, or so it seems, and claims to have been acting as a musical advisor under Dick James, though I have never heard of him.

But that a fellow lodge member of Issy Bonn’s was Peter Sellers is intriguing, particularly in light of his starring role in the film The Magic Christian alongside Ringo Starr. Sellers also starred in Kubrick’s Lolita (which reportedly alludes to paedophile networks) and Dr. Strangelove, from which some of the flying scenes were used in Magical Mystery Tour. Not to mention the Kubrick association with Timothy Carey and The Killing.

Sellers’ association with the lodge seems to largely have been a career move designed to create contacts that would then generate roles. Indeed, it would appear he only attended three lodge meetings, despite his father also being a member of the same lodge, and this earned him the title of ‘bad mason’. 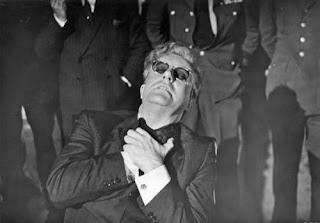 The physical location of this lodge is also intriguing to me. Chelsea, in London, is part of the Royal Borough of Kensington and Chelsea and can be found to the west of the city. It is the borough in which Tara Browne blew his brains out, Michael X launched his vision of British black power and was the location for the film Performance; it was also where Rachmanism became rampant and was where MI5 housed a brothel and an entire road of spies! It was home to David Litvinoff and the Pheasantary crowd, Alma Cogan and Esmeralda’s Barn and Dandie fashions. It was also where Kevin MacDonald fell (or was pushed) from a window ledge to his death. 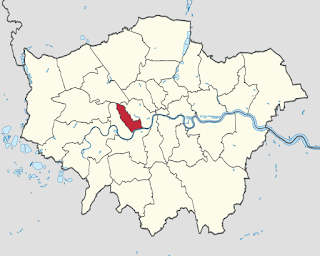 Let us examine once again the front cover of Sgt. Pepper; 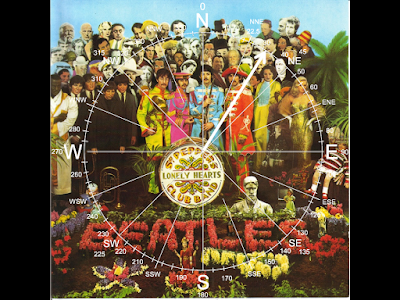 I have included an image from ‘The Sgt. Pepper Code’ that transposes a compass over the cover and reveals that two of the covers 33° freemasons (Karl Marx and H.G. Wells) are located at exactly 33°. The cover also has three (Shirley) Temples. Two to the east of the photo and one to the west which is obscured by the waxwork Beatles.

It would be too much to suggest that the hidden temple of the west is an allusion to the Chelsea Lodge, however, if the two temples to the east are references to Solomon’s Temple then it could be implied that the inclusion of the third, hidden, temple refers to some hidden knowledge currently being stored in the west.

We should not forget that Sophia Loren is another of the hidden cast of the Pepperati and that Sophia in Hebrew means wisdom; hidden wisdom in this case. 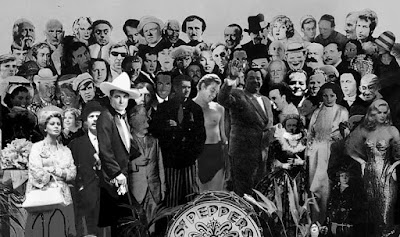 Interestingly, Proverbs 3:18 states that ‘Wisdom is a tree of life to those who embrace her; happy are those who hold her tightly’.

Is there perhaps, some tree of life symbolism connected to Sgt. Pepper? Is the mason Issy Bonn’s palm a symbolic suggestion of the tree of life? 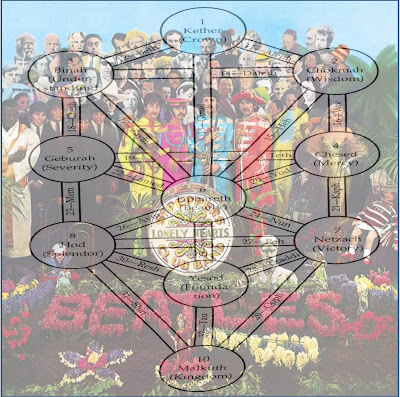 It is unclear, however, wisdom denotes the tree of life and the forbidden fruit of the tree of life is, of course, an apple. Now the study of scripture has never been my thing, what with being a dirty heathen an all, so, when in doubt quote somebody else;

Praise God for the Lord Jesus Christ, who is the RIGHT HAND of God.


Now note that is not the right hand of God above Paul but Issy Bonn’s. Could the Son of the Magickian be issuing an invitation to join an elite group, those who were said to guard the secret wisdom of all the ages?

Could Sgt. Pepper be an initiation? 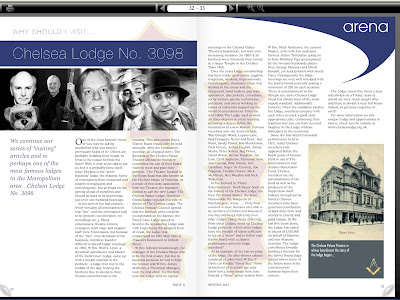