Some time ago, in January 2014, your erstwhile bloganista wrote a short article concerning the photographer Emilio Lari and his connections with Iamaphoney.

Lari, you may recall, starred in a special interview with Iamaphoney – a video that now seems to have disappeared – in which he makes claims in support of the Paul is Dead agenda.

Now, perhaps with a little help from his friends, he has recanted those claims via a Facebook post;


It's already a few months that I want to deal with the speech of Paul dead.


A few years ago I interviewed people that were my confidence, and still is like that.


They made me see a myriad of things that were seriously in doubt the authenticity of the identity of Paul, to the question that what you thought, considering the myriad of pseudo-evidence of his death, I said that I was convinced that it was like that, I mean that Paul was dead In an accident in 1966 and that he had been replaced by a double. Now after months and months of considerations I came to the conclusion that it is without a shadow of a doubt that the story is a hoax brilliant. I say genius for that I am convinced that it is a ruse to keep in subject the character, as if need be. But how is it possible to trick a world so careful and brilliant as that of the music, how many bass players would have noticed the difference. Then all the family friends the same gentlemen.


All the authorities. Competent the police investigators ecceccc.


How is it possible all of this, I don't want more her way back on this issue, I feel very stupid for believing in this colossally stupid thing. 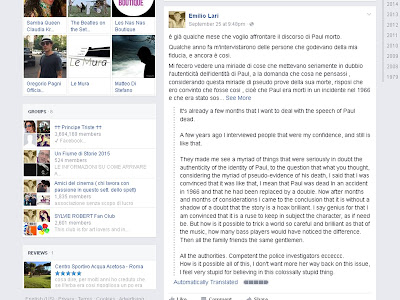 Apologies for the atrocious grammar but I have copied verbatim the Facebook translation.

Furthermore, in response to a comment asking about the moon landings Lari adds this;

With regard to the landing on the moon, the certainty that it was a hoax with time proved based, just think about the technology of the moment. It was 1968 and the waves tv couldn't get there in any way. While Paul in 1966, maybe not him but his car crashed into a truck and the pilot died instantly. Then total silence, no one ever it was found on who the pilot was. In more the decapitated head was never found. This from the findings of the British police. Then surely someone has played on this misunderstanding, and we came up here. However, I repeat, the legend that Paul and dead is a hoax, to the leadership of the machine could be anybody, replace Paul with another of equal talent that looked just like as a drop of water, left-handed, bassist of great talent, with the same sense In the mood, lovely versatile, not challenged by anyone that knew him. How don't think it's a hoax!!!!!!! 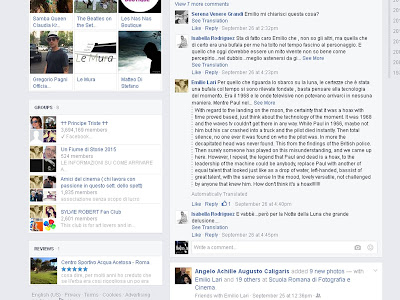 Which is all slightly odd. Maybe it is the nature of the translation but Lari almost seems to recant his recantation; however, the gist of it all seems to be that Lari no longer believes that Paul is dead but that someone, somewhere, had a car crash and was decapitated but was never found. By which I think he means that a headless body was found but that the unfortunate cadaver was to remain forever separated from its noggin. Nevertheless, he also seems to be mixing elements of the Tara Browne accident with the alleged Mohammed Chtaibi false rumour event.

All of which means he was clearly talking a huge pile of steaming shit and it seems to imply a scenario in which the Iamaphoney org sat him down, got him pissed, got him stoned, flattered his ego, gave him a new black t-shirt and bunged him a huge pile of Euros before telling him some stories which they then asked him to repeat on camera using his best comedy Italian accent. This he did and the legend was born.

So, assuming he wasn't MK'ed or hasn’t joined the ever-growing realm of celebrities who have been ‘replaced’, what may have prompted Senor Lari to suddenly U-turn so spectacularly?

Well, call me suspicious, but the simultaneous release of a new book of Lari’s old Beatle photographs may have something to do with it. Presumably Lari, and his publishers, would have needed Beatle consent to have published these images and maybe it was only granted on the condition that Lari drop all the Paul is Dead nonsense. 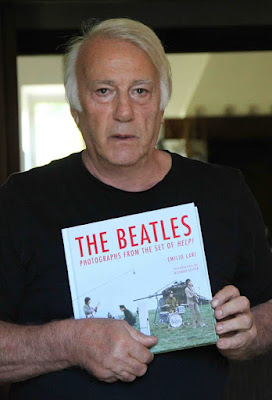 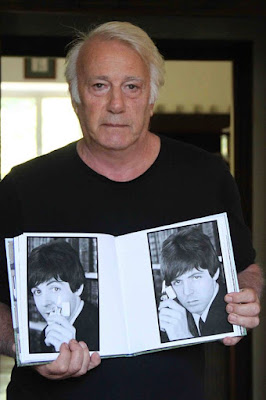 We should remember also that in the Iamaphoney vid Lari made some pretty strong claims about having been bullied by McCartney’s people to hand over some of his Beatle images and also claims that he may have been burgled (or burglarized for my American readers; even though this is not actually a word, nobody gets murderized do they?) for this purpose as well.  One wonders if he will now recant these claims?

Of course, all of this is just idle speculation from an under-employed blogger and could be resolved by a simple statement from the Iamaphoney camp concerning the nature of the persuasion, or coercion, involved in convincing Lari to appear before the camera. To this end I conveniently provide a comment box at the bottom of the page!

This seems unlikely though for the indomitable Martin Heurlin, aka Billy Martin, aka Iamaphoney seems to have found a new gig on German TV. 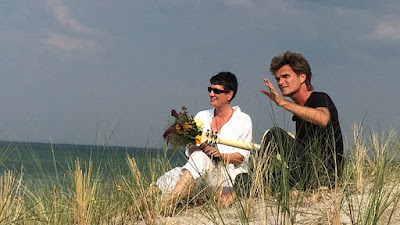 He was the little (their words!) rock star from the West , the gross (harsh!) slim girl from the East : Martin Heurlin from Copenhagen and Antje Borkowska from Grimmen 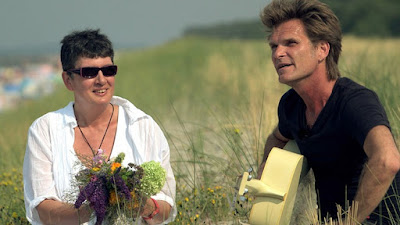 He sang to her at summer camp , Kim Il Sung " Always live the sun " before , even though he came from Denmark : Martin Heurlin from Danemark and Antje Borkowska from Meklenburg Vorpommern. 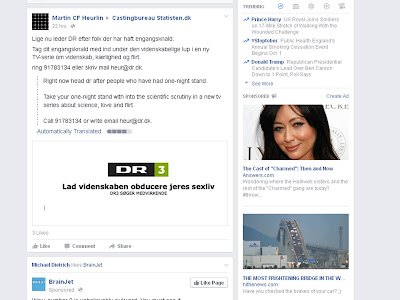 Fuck knows what any of that means but given this and the current mysterious disappearance of the Iamaphoney website it appears we are unlikely to get any answers anytime soon.

UPDATE 1: October 1, 2015
Since publishing I have been contacted by MikeNL to give an 'official' Iamaphoney recantation of the recantation;

The lari interview was not staged! P...'s people wanted him to stop talking about any of it, and the interview had to be pulled because of the attention Lari is currently getting from the book.

So, there you have it; Lari recants but only because he is being pressured by Paul, who is still dead only he doesn't want anyone to know he's dead! Confused? So am I.

I can buy, to an extent, that Paul's 'people' may be alarmed that Lari is about to blow the whistle in an interview to promote his new book, or is in anyway connected to Iamaphoney - particularly if, as I suspect, Iamaphoney is a McCartney funded setup - but by posting his recantation on Facebook doesn't this only throw fresh light and attention on the very subject they want to keep quiet?

Anyway, rest easy, Lari still believes that Paul is dead - it was a phoney recantation!

UPDATE 2: October 1, 2015
Ever the cynic I decided to delve a little deeper into friend Lari and came across this interview with him from The Independent newspaper from 2006. It is telling as not only does he admit that his Beatle photographs have been stored in a safe-deposit box for the past 40 years, an admission that brings into doubt his claim that Paul arranged for his photos to be stolen, but he then confirms his inherent dishonesty by admitting he is a liar!