Less a blog, more a stream of consciousness and random bullshit.


As little, or more precisely nothing, is happening in the world of Iamaphoney I am forced to postulate and speculate, to hypothesise and theorise, to deduce and divine through the infinitesimal scraps of information to produce an offering for you, my tiny band of electronic followers.

And, in the absence of anything vaguely original, that is precisely what I have done.

Whilst recently trawling through my Facebook timeline and its endlessly tedious montage of meme’s, videos of cats and photos of people’s dinner I came across an invitation to like a page entitled CosmaniaVision which appears to be run by the new Iamaphoney.org cohorts of MikeyNL and his pals. Now, if this represents a total transference of phoney power from Denmark to Holland I am unsure, however, the Facebook page describes itself as a ‘Church/Religious Organization’. No doubt this is purely for tax purposes, however, wary that I may be converted to Scientology by osmosis I continued with caution.

For the uninitiated, or the couldn’t give a shits, CosmanIAvision.com (with the inferred CIA capitalisation) was a domain name connected to Iamaphoney and is derived from a Paul McCartney album ‘Memory Almost Full’ where he credits himself as ‘His Royal Highness the King of Cosmania’. Our friend Iamaphoney then revealed that ‘the King of Cosmania’ is an anagram for ‘Son of the Magickian’ which, in turn, leads to a whole heap of related Crowley connotations, not the least being Crowley’s Book of the Law.

The Book of the Law is an oft-repeated theme within the videosities of Mr Phoney and the sorely missed Tafultong Iamaphoney blog directs us to a phoney offshoot video by the King of Cosmania entitled ‘its time’.

Now the fledgling CosmaniaVision Facebook page has but a few offerings, but they are, nonetheless, intriguing. Entitled Phoney Phoughts they redirect attention to Memory Almost Full and Crowley. I shall now quote directly;

What is a Son Of The Magickian? It is a devotee of the Magician Aleister Crowley, the man who called himself The Beast 666, the man who invented Magic with a K. Magick! In his book Magick he describes how to practice magick by speaking and playing records in reverse. In the end in order to get power over others.

In 1967, on Sgt. Peppers, Paul McCartney included a soundbyte in the end, a little reverse snip which when you play it backwards says: “We’ll All Be Magick Supermen”.


40 years later he did it again on his 2008 Fireman album “Electric Arguments”.

In the end of the album there is a little soundbyte in reverse. Backwards it says: Warmer Than The Sun, Cooler Than The Air.

In an attempt to be a smartarse I offered up an image from the book of the law and a feeble attempt at an explanation; 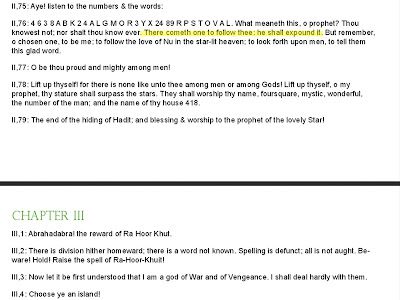 Essentially I suggested that maybe ‘Warmer than the SON, Cooler than the HEIR’ was an implied reference to Son of the magickian and that maybe the dark knight Sir Paul believes he is, in some way, Crowley’s representative on Earth?

Sadly my missive received no response.

Undeterred by this snub I shall now take my deranged imaginings into a wider sphere and directly to you my dear readership. And so, another Phoney Phought;

Phoney Phoughts: The first thing that hit me was that nobody had ever discovered two of the most obvious backwards clues. The first one is on ‘StrawberryFieldsForever’ in the beginning of the chorus; ‘Strawberry Fields, Nothing is real’ . Play that backwards and what you will hear loud and clear is; ‘We will sing it now’ ‘We will be reverse’. This is winter 1966-67 and the track Strawberry Fields Forever is ,to my best knowledge, the first deliberated backwards message ever recorded and The Beatles gives their listeners a confirmation that one is on the right track reversing the song and it just might be a good idea keep on listening in reverse.

My mind was cast back to a previous blog I wrote entitled ‘The Phoney Document’ in which your intrepid blogster bravely examined the rumours surrounding a possible fragment of the near mythical Mal Evans book ‘Living the Beatles Legend’ which Iamaphoney appears to have obtained, or have access to. 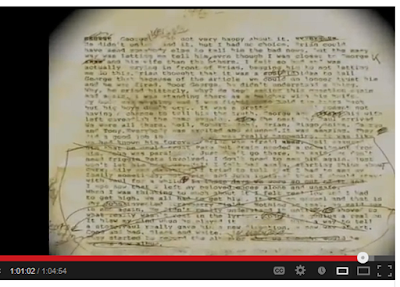 The above document contains a paragraph that reads; ‘It was no unreal and that is why John invented Strawberry Fields, Nothing is real. he said again and again. We didn't really understand it until he showed us what wasn't real in the lyrics. John is a genius a real on[e]. It blew my mind when he played it backwards? What a way to tell a story. Paul really gave him a new direction?, a new way of art. Good and bad. Black and white’.

The implications of which are that all the backwards messages in The Beatles works are genuine and intentional and are, presumably, inspired by Crowley.

Of course this is only true if the fragment that Iamaphoney shows of Evans' book is genuine. This is far from certain; however, I have come across some evidence that proves that Mal had indeed written a book and that it was ready to print just before his untimely, and suspicious, death. 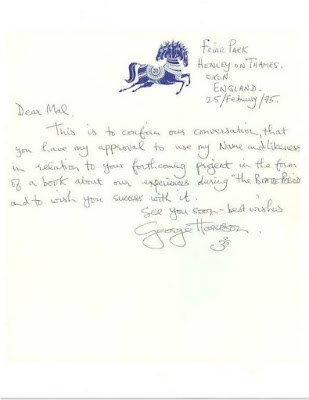 One wonders if someone was concerned that the ‘Nothing is Real’ concept was about to be revealed?

So, to recap: The backwards messages in Crowleyana are an attempt to gain power over other people and this is an aspect that The Beatles are inducing. Presumably this aspect is also being utilised by Billy Martin and his plethora of backwards Beatles tunes which are said to derive from ‘Applestar: It was a fake moustache’ which the phonester claims is an actual Beatles track that nearly appeared on Anthology 2. More here.

These backwards nuggets are further confirmed by The Beatles usage of hidden, mirror, messages in their works. Images such as I ONE IX HE DIE constructed from the Pepper drumskin, LOOK extracted from the Tour part of Magical Mystery Tour and, of course, the famous IAAP discovery of CODE that appears, hidden in plain sight as it should be, on the Love album cover.

Let us return to the Phoney Phoughts;

Phoney Phoughts: Why didn´t they just come clean back then? Can it all be explained by reading ‘The Book Of The Law’ that states that you are not supposed to pass your knowledge on as a missionary man, you are only supposed to share the knowledge in very special ways as lets say reverse speech. Conventional PID philosophy dictates that the I ONE IX HE DIE message confers that Paul died. 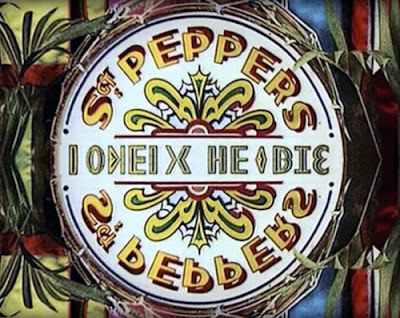 But what if we are not talking about a physical death but a metaphorical one? One determined by reading some aspect of the Book of the Law and interpreting it as implying that there needs to be some sort of death and rebirth cycle? Hence we have a mysterious trip to Kenya – in disguise – and the ensuing reappearance of the new, mystical, McCartney now fully able to instruct us in the Book of the Law via the medium of backwards messages.

In the aforementioned its time video we see an image of Charles Manson, accompanied by suitably spooky music, saying ‘it’s time’ before the scene cuts to a shot reaffirming the I I I X theme. This then turns out to be a mirrored version of the L.I.L.Y. message from the Ram album cover. 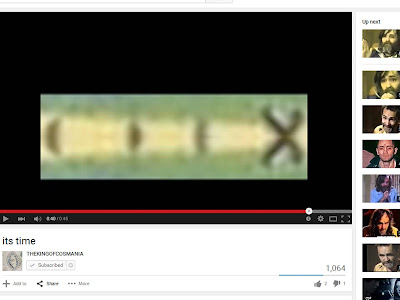 L.I.L.Y. is an acronym for Linda I Love You.

So what is the Manson connection?

In another of Iamaphoney’s works entitled Study Cloud 1904 – of which you can find further analysis here – we find the following screenshot; 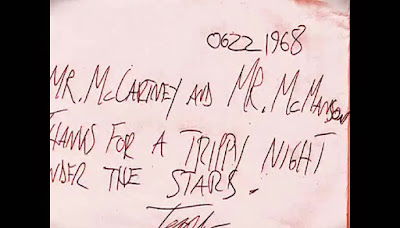 This appears to be an attempt to link McCartney and Manson. However the video itself utilises numerous shots of the Book of the Law (indeed its title Study Cloud 1904 is a reference to Crowley having written the book, supposedly under alien direction from an entity called Aiwass, in 1904) and a suitcase that Iamaphoney deposited at the Spahn ranch (Manson’s former colony) which contained a copy of the Book of the Law.

My guess, therefore, and it is only a guess, is that McCartney – who is ultimately the phoney Crowley – has been indoctrinating us in the dark arts of Magick via surreptitious backwards messages in his work. Therefore, anyone listening to said work has been secretly initiated into the fold; a secret indoctrination.


Furthermore, I speculate that Iamaphoney’s proposed Revelation was an admission of this that was stopped by McCartney because once revealed people would not be able to look at McCartney in quite the same way again.

Perhaps the good people of the Church of CosmaniaVision would care to comment, or even perhaps the great prophet himself Billy Martin?