Aleister Crowley and the RAOB


One of the long-standing mysteries arising from the cover of the Beatles’ Sgt. Pepper’s Lonely Hearts Club Band LP is the inclusion of the enigmatic Legionnaire from the Order of the Buffalos, or the Royal Antediluvian Order of Buffaloes (RAOB) character.

I have postulated that the character may have been included as a nod to John Lennon’s Uncle Charlie who was a member of Liverpool Dingle Lodge 4303 of the RAOB, however, a comment on my YouTube channel states that there is no such title as Legionnaire from the Order of the Buffalos in the RAOB.

I contacted the RAOB and asked if they were aware of the connection and could they shed any light on why it may have been included? They did reply, but claimed it was merely a reference to the Loyal Order of Water Buffalos that appeared in the cartoon series ’The Flintstones’.

The character is, I believe, a Masonic clue. In this photo we are not hampered by the inclusion of Diana Dors and we can see what appears to be an apron, presumably Masonic, and possibly a key in his hand? 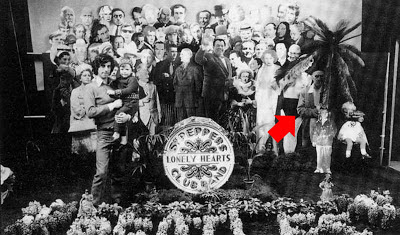 Alternately Iamaphoney has speculated, in his Rotten Apple series, that the character may represent an Aleister Crowley double, or doppelganger, which, whilst possible, could also be disinformation. 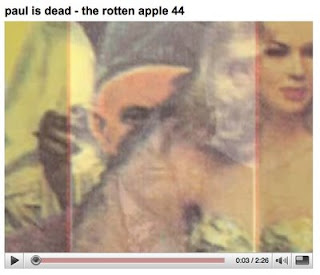 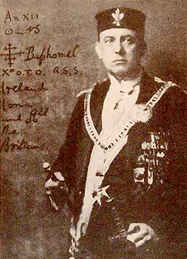 However, the character is wearing a fez and this recently led me to consider if this may be a reference to a Crowley poem that appears in his ‘Winged Beetle’ book entitled ‘The Jew of Fez’.

The poem essentially refers to someone born into the Jewish faith but who adopts different religious beliefs before, finally, reverting back to his original beliefs.

The poem is interesting because it is dedicated to Winston Churchill, who at the time of the poems publication was serving in government as Home Secretary, and is believed to refer to Churchill’s decision to swap political allegiances and ‘cross the floor’. Churchill moved from the Conservative to the Liberal party. The poem also seems to further predict Churchill’s later return to the ranks of the Tories. 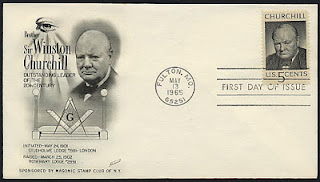 The dedication is curious in that, on the surface at least, there is little to connect the two men apart from some mutual friends. Perhaps of greater note, though not surprise, however, is that both Crowley and Churchill were prominent Freemasons. Churchill indeed following in the very shadowy footsteps of his father, Randolph Spencer Churchill.

Churchill would expand his secret society credentials by also joining the Ancient and Archaeological Order of Druids whilst Crowley would traverse from Golden Dawn through to A:.A:. (Argenteum Astrum or Silver Star or even, Atlantean Adepts) to the OTO. 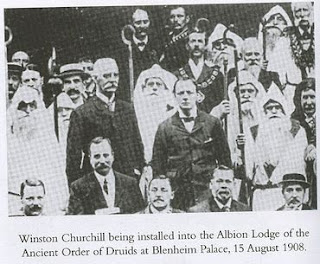 Could it be that the poem was a warning to Churchill that he had nailed his colours to the wrong mast with the Druids and that this was a subtle attempt by Crowley to lure Churchill towards the A:.A:.?

Were the Beatles aware of this and did they include the ‘legionnaire’ as an obscure clue to those ‘in the know’ to remain in the OTO?

Certainly, Iamaphoney repeatedly uses the 'Winged Beetle' book in reference to Paul McCartney (the Winged Beatle) and Aleister Crowley. Is he asking us to pay more attention to the 'double'?