RAOB, Queen B and the Beatles


RAOB stands for the Royal Antediluvian Order of the Buffaloes and is a masonic type organisation originally created for stage hands and other theatrical types. John Lennon’s uncle Charlie was a long-time member and, it would appear, Beyonce is now supporting the movement. 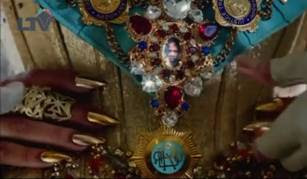 
As can be seen she is proudly wearing the organisations crest and displaying its motto, Justice, Truth and Philanthropy on her Roll of Honour sash in the promotional video for her upcoming tour. The Beatles also paid tribute to this obscure outfit with the inclusion on the Sgt. Pepper’s Lonely Hearts Club Band LP cover of the ‘Legionnaire of the Order of the Buffaloes’ character who lurks behind the ‘Temple-Dors’.

So, what is it about this shadowy organisation that appears so appealing to pop royalty? Well, the Beatles have long been fond of furnishing us with masonic symbolism – the Pepper cover could well signify a masonic initiation ceremony – and Beyonce and her husband, Jay Z, are fond of using Illuminati style symbolism in their videos, so, perhaps they are letting us, and their enlightened brethren, know that they have been illuminated? 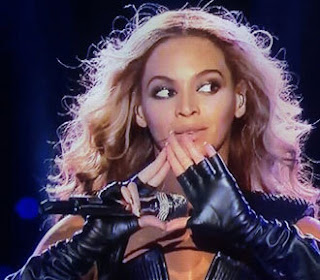 It is perhaps telling that Beyonce is dressed up, in a coronation style scenario, as a Queen. Queen Elizabeth I possibly? The good Queen Bess was another character that was depicted on the cover of Sgt. Pepper’s – though her image was obscured by George Harrison in the finished piece but can be seen in some of the out-takes– though the representation chosen was that of Bette Davis portraying the Queen from the movie ‘The Private Lives of Elizabeth and Essex’. An actor in costume playing a role, just as Beyonce is in the video and just as a masonic candidate is when initiated into the craft.

That the Queen was hidden on the album cover was no accident, it is a symbolic representation of hidden knowledge. Hidden knowledge of the type possessed by Queen Elizabeth I’s trusted lieutenant – and possibly also her son – Sir Francis Bacon: the true author of the works of Shakespeare, the editor of the King James Bible, the arch exponent of hidden coded messages and the archetypal Rosicruician, the father of the Illuminati.

This assertion can be backed up by the use of the word Antediluvian in the Royal Antediluvian Order of the Buffaloes. The Antediluvian period – meaning "before the deluge" – is the period referred to in the Bible between the Creation of the Earth and the Deluge (flood) in the biblical cosmology. The Legionnaire character is a nod to the author Ignatius L Donnelly. In 1882, Donnelly published ‘Atlantis: The Antediluvian World’, his best known work. It details theories concerning the mythical lost continent of Atlantis. Donnelly suggested that Atlantis had been destroyed during the same event remembered in the Bible as the Great Flood.

Donnelly was also a great believer in the theory that Sir Francis Bacon was the true author of the works of Shakespeare and in 1888 he published ‘The Great Cryptogram’ in support of this belief. Bacon’s most famous work, in his own name, was his tome ‘New Atlantis’ and it is a vision of a Rosicrucian paradise. A paradise very similar to the one portrayed in the Beatles film ‘Yellow Submarine’ in the domain of Pepperland, found, as I am sure you will recall, 80,000 leagues under the sea. 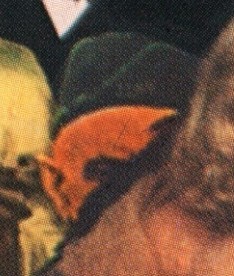 The twentieth century’s greatest proponent of this sort of hidden knowledge was, of course, Aleister Crowley. Crowley also appears on the Sgt. Pepper sleeve and may well appear twice. His second incarnation? Disguised as the ‘Legionnaire of the Order of the Buffaloes’ of course.

Beyonce knows this, Jay Z knows this and the Beatles know this – now we do too!