Humpty Dumpty fell off a Walrus

I was, honestly. Case closed, had enough and, quite frankly, I was beginning to bore myself shitless with all the old Pepper is a treasure map rhetoric.

It is though, and I think old Mac the knife may have added an additional wee layer of lacquer to an already overly polished turd thanks to his latest paean to all things Egypt, Egypt Station. Not an #Ad – though open to offers!

Amidst a welter of symbolism upon his new album cover, including the obligatory solitary beetle – literally pushing shit, no less – we have a curious pyramid logo – or is it a train-track in a tunnel – emitting mysterious beams like a Tesla tower radiating the latest instructions from Radio Tavistock, a reverse Abbey Road procession, old-timey dancing couples – a la A Collection of Beatles Oldies - , curious stylised animals and the ultimate reference to all things Pepper, namely palm trees.

Anyone vaguely connected with this amateur collection of autistically rendered ramblings – and you’re here reading this, so you must be – will know that palm trees denote treasure and Sir Machiavellian does not let us down.

It occurred to me that possibly there was a link between all this Egypt gubbins and Aleister Crowley’s Cairo chat with his invisible friend Aiwass.

Accordingly, I have overlaid the Egypt Station cover over Pepper and whaddya know? 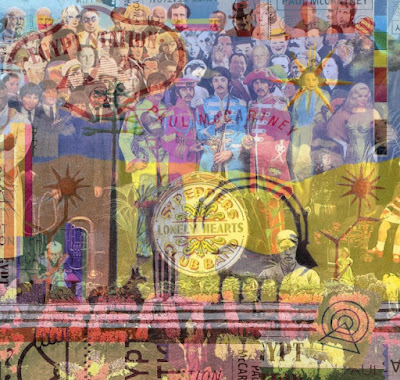 Okay, okay, I’ll grant you that the simple fact that the album title logo merely grazes the great baldie’s bonce is confirmation of very little, however, conspiracy fans, the overlay does create some tantalising ‘clues’.

Firstly, there is an interesting placement of one of the weird pyramid things right over the face of the waxwork Paul, the apex going right into his eye in fact. Secondly, is it pure coincidence that the name of Paul McCartney spreads out over the entire Beatles, almost as though there was really only one talented member? Solitary beetle again! Then there is the placement of another pyramid over the ‘S’ in Beatles, further elaborating the point above?

Then we have the sun shining directly over Marlene Dietrich’s head, pointing us back to the ‘key’ to the temple door. Again.

Now, whilst many of the more rational of you will be saying that this is just mere coincidence, I will attempt to demonstrate why so many Beatle ‘clues’ point back to Sgt. Pepper and its oft overlooked Alice in Wonderland references.

I shan’t bore you by repeating the references here – they’re covered in other posts – however I shall attempt to further establish these links by positing a potential explanation to the age-old riddle of the Savile Row door photo that appeared on Ringo Starr’s Rotogravure album.

If you’re anything like me then this mystery will have been keeping you up at night! 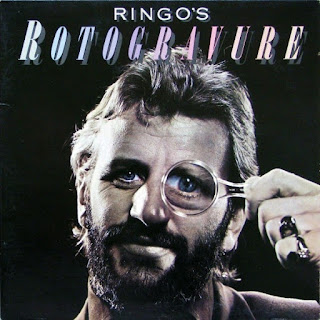 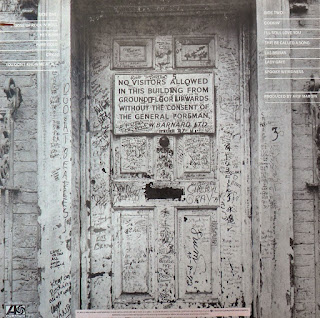 As you can see, the second-best drummer in the Beatles is snapped for the front cover peering through a magnifying glass, or, in other words, literally looking through a looking glass. Is this yet another ocular occult Beatley reference? A pretentious all-seeing eye allusion or, yet another, aspersion to Lewis Carroll and his all-pervading Alice tomes? Sir Ring-Piece and Love explained it thusly:

Question: There is a photo of the front door of Apple on the back of the cover, where did you get it?

Ringo: Neil Aspinall took it and sent us one each and I thought, “I’m gonna put it on the back of the album.” It’s a front door, but it’s a back door too. It’s got all these names scrawled on it from Finland. That’s why you’re getting a magnifying glass with the album, so you can read it all. And I thought it would be a nice bit of fun, especially for those who actually wrote on it. It used to be so smart, with a doorman and a pretty letterbox, and now it’s just…yeah!

Keep searching the clues on the door.
One in particular is all you need.
Apollo

As stated earlier in another thread, the original release included a magnifying glass so one could decipher the writings on the door.
Obviously, there remains an important clue that he wished you all would find.
The hunt begins…
You’re on the right path.
Apollo

To the best of my knowledge that clue, such as it is, has not been uncovered.

I will freely admit that I have spent some of my precious, sweet time pouring over the inane scribblings of many and varied Apple scruffs trying to uncover the vital titbit that the little drummer boy wished us to find. All to no avail.

Perhaps, therefore, it is not a graffiti-based clue but a song title one that we should seek?

Indeed, one track on the album, ‘Pure Gold’ was written by the first knight of Beatledom, Beatle Paul.

If we look back to the Pepper cover who is pure gold? Why it’s the heavenly Diana Dors herself, a front door, a back door and, furthermore, a key to the temple door. And, to further labour a point, who was it that was to be sacrificed in a temple back in the Help! movie? Why ‘twas our erstwhile ring-clad drummer.

So fucking what, I sense you’re mouthing now, big fucking deal. And, too be fair, you’d have a point.

But whomsoforth* was it that led us to the fabled Walrus keyhole in the first place, for it was not I?

No, it was Mr Vermouth, of course.

Hidden on the Pepper cover is a WALRUS.
Using your trusty mirror, place it vertically touching Diana Dors left elbow.
See him?
Apollo
A point confirmed in the video for ‘A Day in the Life’. 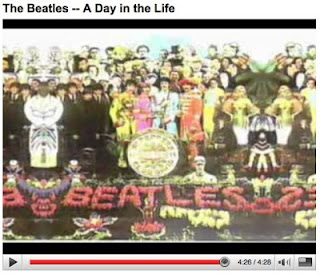 And just who is the movement upon the shoulder of the divine Miss Dors, the enigmatic Buffalo? Why it is a distinctly Crowleyesque vision replete with an Egyptian fez. 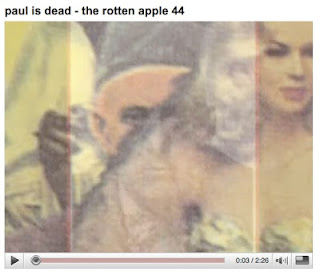 Which brings us back to Egypt Station. 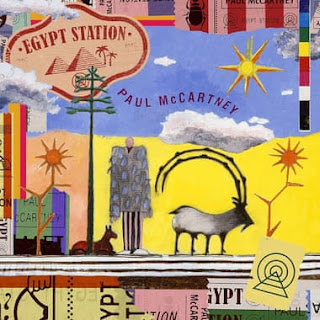 Where we see a strange, bald man stood next to a horned ram or goat type beast. 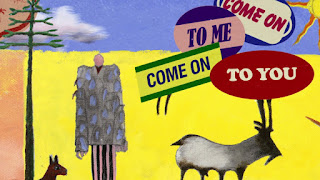 The great beast and the strange beast also reappear on this ingeniously cryptic homage to a departed Chuckle Brother and Gary Glitter**. 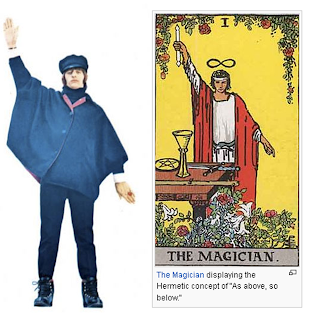 Of course, the Walrus symbology emanates from the book Through the Looking-Glass, and What Alice Found There where we also find Humpty Dumpty.
Aleister Crowley has a peculiarly Humpty Dumpty like look about him – what with his great big bald head ‘n all – and Crowley claimed that Humpty Dumpty’s fall from the wall symbolised the descent of spirit into matter – whatever that means.

This is so simple as hardly to require explanation. Humpty Dumpty is of course the Egg of Spirit, and the wall is the Abyss--his "fall" is therefore the descent of spirit into matter; and it is only too painfully familiar to us that all the king's horses and all his men cannot restore us to the height.

Only the King Himself can do that!

But one can hardly comment upon a theme which has been so fruitfully treated by Ludovicus Carolus, that most holy illuminated man of God. His masterly treatment of the identity of the three reciprocating paths of Daleth, Teth, and Pe, is one of the most wonderful passages in the Holy Qabalah. His resolution of what we take to be the bond of slavery into very love, the embroidered neckband of honour bestowed upon us by the King himself, is one of the most sublime passages in this class of literature.

So there you go, consider yourselves illuminated.

It’s been fun being back. Can I go now?

*Newly invented word © Me.
**For non-UK residents, Google it.